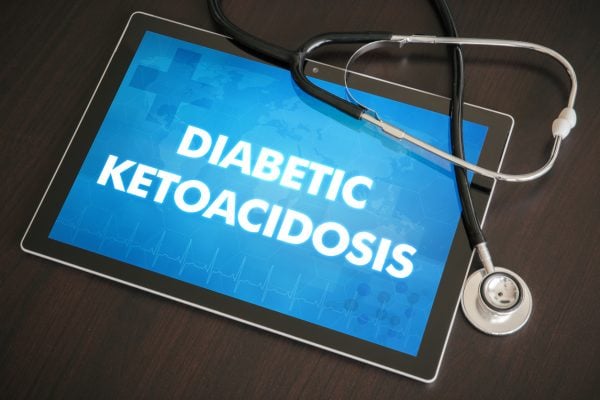 How do coders report diabetic ketoacidosis in ICD-10-CM?

For FY2018 there is a new code to report Type 2 diabetic ketoacidosis (DKA). This was previously reported with code E13.1-, other specified diabetes mellitus with ketoacidosis with or without coma. Now, there is a code specifically for reporting this diagnosis. E11.1- is used to report Type 2 diabetes with DKA with or without coma.

What is diabetic ketoacidosis (DKA)?

Insulin is given to reverse the process that caused the patient to go into DKA. In severe cases, this will be given intravenously. Once the blood sugar levels fall to be below 240 mg/dL and the blood is no longer acidic, regular insulin therapy can be resumed. Fluid and electrolytes will also be replaced. The fluids are given either via mouth or IV and are given to replace the fluid lost through excessive urination. The fluid replacement will also help to dilute the excess sugar in the blood. The electrolytes will be given intravenously and are sodium, potassium, and chloride. This replacement will help keep the heart, muscles and nerve cells functioning properly.