This is Part 1 of a 4-part series on the 2023 changes to ICD-10 and the IPPS.  In this part, we discuss some of  the new ICD-10-CM diagnosis and Official Guideline changes. Here is the breakdown:

Most of the changes impacting the total number of new codes occurred in the injuries, poisonings, and consequences of external causes, external causes of morbidity and musculoskeletal system chapters.  Many new external cause codes were added to address e-cycle or electric bicycle accidents. Also, there were quite a few mental and behavioral disorder codes expanded. GU codes were expanded also to accommodate right, left, and bilateral organs such as ovaries for several diagnoses. So, these small changes impact a lot of codes.

I first want to point out some of the more significant findings before getting into the more mundane changes.

Below are the main highlights of each chapter.

All of the above codes are MCCs.  Most cases of HUS occur after an infection in the digestive tract caused by the E. coli bacterium, O157:H7. Diarrhea and upper respiratory infections are the most common factors leading to HUS. HUS is a rare but serious disease that affects the kidneys and blood clotting functions of infected people. Infection with HUS causes destruction of red blood cells, which can then cause kidney failure.

Code D68.0- for Won Willebrand disease was expanded into 10 codes to identify the specific type such as type1, type 2A, etc.   They are CCs.

Code D75.82- for Heparin induced thrombocytopenia (HIT) was expanded to include codes for non-immune HIT, immune-mediated HIT, other and unspecified HIT.  Code D75.84 was created for “Other platelet-activating and anti-pF4 disorders.” Thrombocytopenia is a condition that occurs when the platelet count in your blood is too low.  Platelets help blood clot.

Code E34.3- Short stature due to endocrine disorder was expanded to accommodate different types such as constitutional, genetic primary insulin-like growth factor-1 deficiency  OR resistance cause, and other causes such as gene variants, along with unspecified.

E87.2- Acidosis was expanded to now include codes for acute, chronic (code underlying etiology first if applicable) and other metabolic or lactic acidosis. These are all CCs.  As mentioned earlier, this code excludes ACUTE or CHRONIC respiratory acidosis which  is coded to J96.02 or J96.12.

Many new vascular dementia (F01.5- thru F01.C-), vascular dementia in diseases classified elsewhere (F02.8- thru F02.C-) and  unspecified dementia (F03.9- thru F03.C-) codes expanded based on severity (Mild, Moderate, Severe) and with or without behavioral disturbance and what type of disturbance (Mood, psychotic, anxiety, agitation). Some of these are also CCs.  Coders will now have to look for severity, as well as the type of behavioral disturbance.   There a quite a few descriptions under each code.  Coders should become familiar with information under each code.

Severe dementia : Clinical interview may not be possible. Complete dependency due to severe functional impact on daily life with impairment in basic activities, including basic self-care.

Code F06.- for mild neurocognitive disorder due to known physiological condition, with or without behavioral disturbance was added and modeled after code F02.8-.   The coder must CODE FIRST the underlying physical condition.

The codes for alcohol and drug related disorders, UNSPECIFIED were expanded to include “IN REMISSION” as a choice.

The muscular dystrophy codes, G71.- were expanded to include type and dysfunction. There are 10 new codes.

Of note is the creation of code G90.A, Postural orthostatic tachycardia syndrome otherwise known as “POTS.”  POTS can be found in Covid patients after infection.  Symptoms include postural tachycardia, and orthostatic intolerance, along with other heart issues.

Codes were expanded for G93.3- post-viral syndromes and were created by type.

New codes were added for “Refractory angina pectoris” including the combination I25.- arteriosclerosis codes. Refractory angina refers to long-lasting symptoms (for >3 months) due to established reversible ischemia, which cannot be controlled by escalating medical therapy with the use of 2nd- and 3rd-line pharmacological agents, bypass grafting, or stenting.  To date, no pharmacological therapy has been shown in adequately powered placebo-controlled randomized clinical trials (RCTs) to significantly improve symptoms and quality of life in patients with refractory angina.  Coders may see it abbreviated as “RA” but should clarify if not sure as this is also abbreviation for rheumatoid arthritis.

I31.3- expanded for malignant pericardial effusion (code underlying neoplasm first) and other.

I34.8- expanded and new code I34.81 for nonrheumatic mitral valve annulus calcification.

I47.2- ventricular tachycardia expanded to capture I47.21, Torsades de pointes

K35.3- acute appendicitis with localized peritonitis codes were revised to include “and gangrene” as well as index entry.

As stated in intro, new code K76.82 for hepatic encephalopathy

M51.A- codes added for intervertebral annulus fibrosus defect, by SITE (i.e., lumbar, lumbosacral) and SIZE (i.e., small, large, unspecified).   There is a note to CODE FIRST disc herniation if applicable.  An annular tear (i.e., defect) occurs when the outer layer of a spinal disc, also known as the annulus fibrosus, suffers damage and tears. This can cause the gelatinous contents inside the disc, aka the nucleus pulposus, to rupture or herniate. An annular tear, therefore, often represents the first in a long succession of steps that will lead to a herniated disc.

M96.A- fracture of ribs, sternum, thorax associated with compression of chest and cardiopulmonary resuscitation expanded to show site, and if one or multiple ribs fractured.  M96.A4 Flail chest code added.

Code P28.3- and P28.4- Primary/Other sleep apnea of newborn was expanded to include specific type such as central, obstructive, etc.  Mixed are the majority that involves an obstructive apnea that directly follows a central apnea.

As stated earlier, for applicable S06.0- and S06.1 codes, ICD 10 added loss of consciousness “Status Unknown” to the “head injury” codes that did not have it before. Most have character “6” for this addition.  Coders should look at the tabular for these additions.

New codes S06.8A- for Primary blast injury of brain were added according to loss of consciousness times.  This was requested by the DOD and Department of Veterans Affairs.

Code T43.65- Poisoning by adverse effect of and underdosing of methamphetamines was added as there was no specific code for this drug type previously.

Several new Z codes were added such as Z71.87, Encounter for pediatric to adult transition (code also chronic condition and Z72.823, Risk of suffocation under another while sleeping.

Several long-term meds were added to Z79.6- codes such as: immunomodulators, immunosuppressive biologics, calcineurin inhibitors, Janus kinase inhibitor, mTOR inhibitor and nucleotide synthesis. Also, Z79.63- for chemotherapeutic agents were added such as alkylating, antimetabolite, antitumor antibiotic, mitotic inhibitor, and topoisomerase inhibitor. Coders MUST review the tabular for all these codes as generic names for each of these types of drugs is listed. Also, coders should become familiar with which of these drugs are being used at their facilities.  It is crucial to capture this information.  We will be doing a specific coding tip on these later in September.

Non-insulin injectable medications mimic the effect of the body’s own ‘incretin hormones’ which help to manage blood glucose levels after meals.

Three new codes for noncompliance with dietary regiment, Z91.11- or medical treatment, Z91.19- were added to specify reason why.

A whole new list of 7 codes were added, Z91.A- Caregiver’s noncompliance with patient’s treatment and regimen were added. This will help identify issues in a patient who is cared for by someone else, and that caregiver is the reason for noncompliance.

Official Guidelines for Coding and Reporting

There were not as many changes this year to official coding guidelines.  For A. Conventions for ICD-10-CM, 19. Code Assignment and Clinical Criteria, “If there is conflicting medical record documentation, query the provider.” was added.

For Section B. General Coding Guidelines, 14. Documentation by Clinicians Other than Patient’s Provider, “Under-immunization Status” was added to the code that can be coded from clinicians other than the provider.

For 16. Documentation of Complications of Care, this was added: “ the documentation must support that the condition is clinically significant. It is not necessary for the provider to explicitly document the term “complication.” For example, if the condition alters the course of the surgery as documented in the operative report, then it would be appropriate to report a complication code. Query the provider if the documentation is not clear as to the relationship between the condition and the care or procedure.” Many hospitals have required the physician to document “complication” in order for coders to code complications code.  This guideline states it is not necessary to have “complication” documented if condition is described as a complication, such as a laceration of the small intestine that requires resection or suturing during an abdominal surgery.

Chapter 1 Infection Disease guideline a. HIV infections, where it is instructed to code B20 first, was updated to include: “An exception to this guideline is if the reason for admission is hemolytic-uremic syndrome associated with HIV disease. Assign code D59.31, Infection-associated hemolytic-uremic syndrome, followed by code B20, Human immunodeficiency virus [HIV] disease.”  Also, the terms “HIV-related illness or AIDS” was added to “HIV Disease” to show that these are all synonymous.

For Neoplasm, the OCG 2. A. for admission for treatment of primary site was updated:  “If the malignancy is chiefly responsible for occasioning the patient admission/encounter and treatment is directed at the primary site, designate the primary malignancy as the principal/first-listed diagnosis.

The only exception to this guideline is if the administration of chemotherapy, immunotherapy or external beam radiation therapy is chiefly responsible for occasioning the admission/encounter. In that case, assign the appropriate Z51.-- code as the first-listed or principal diagnosis, and the underlying diagnosis or problem for which the service is being performed as a secondary diagnosis.

For Chapter 5, Mental disorders a new OCG was added:   “d. Dementia The ICD-10-CM classifies dementia (categories F01, F02, and F03) on the basis of the etiology and severity (unspecified, mild, moderate, or severe). Selection of the appropriate severity level requires the provider’s clinical judgment and codes should be assigned only on the basis of provider documentation (as defined in the Official Guidelines for Coding and Reporting), unless otherwise instructed by the classification. If the documentation does not provide information about the severity of the dementia, assign the appropriate code for unspecified severity.

If a patient is admitted to an inpatient acute care hospital or other inpatient facility setting with dementia at one severity level and it progresses to a higher severity level, assign one code for the highest severity level reported during the stay.”

OCG were updated to describe the weeks of gestation calculation and that hemorrhage post elective abortion is coded to O04.6, Delayed or excessive hemorrhage following (induced) termination of pregnancy. Do not assign code O72.1, Other immediate postpartum hemorrhage.

Clarification was added to Chapter 19, e.5. c. Underdosing that documentation of a change in a patient’s condition is not required to assign an underdosing code.

A new guideline under Chapter 21, 10) Counseling was added to instruct when to code Z71.87 for encounter for pediatric to adult transition counseling.

Also, for codes Z73 Problems related to life management difficulty, this statement was added: Note: These codes should be assigned only when the documentation specifies that the patient has an associated problem.

And finally, as stated earlier, 17) Social Determinants of Health was updated to state:

In Part 2 of this series, we will look at some highlights of the new ICD-10-PCS codes and changes. 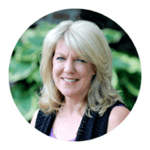