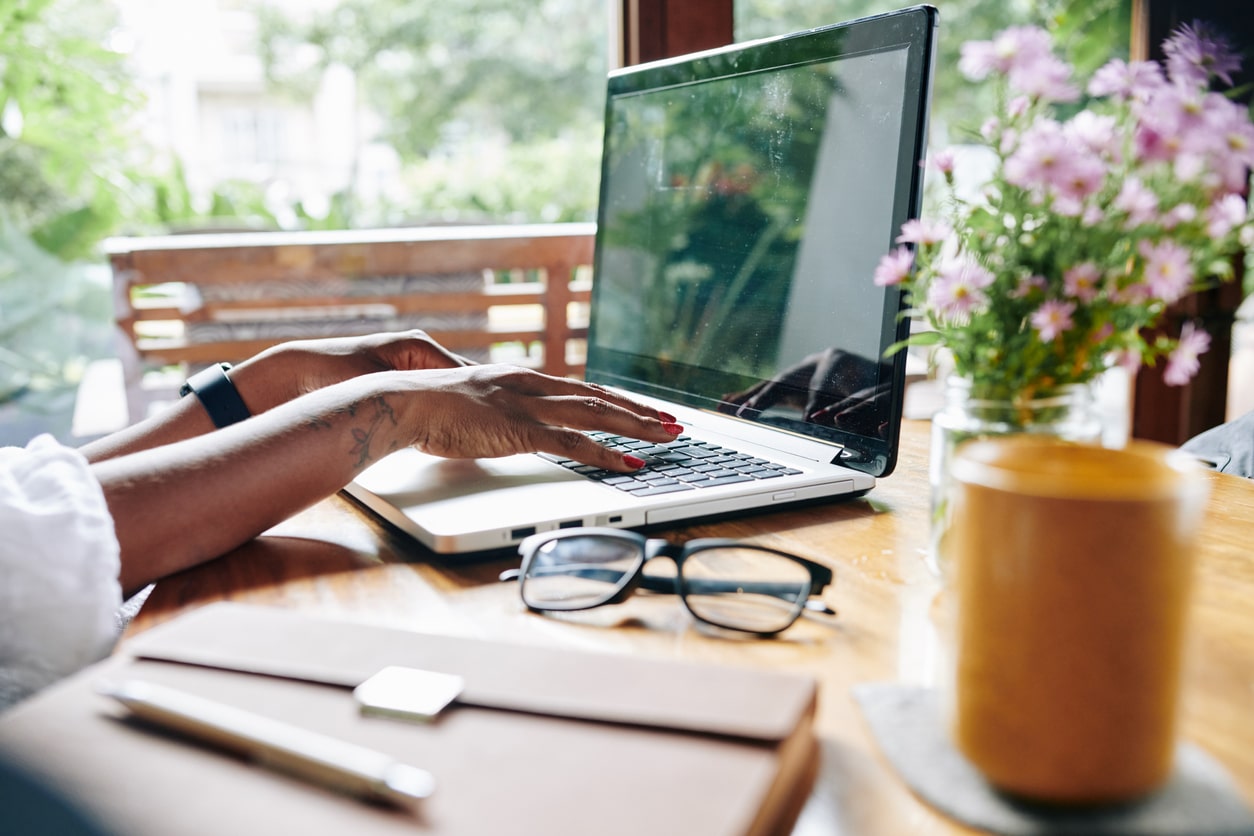 Here is the breakdown:

Most of the changes occurred in the injuries, poisonings, and consequences of external causes, external causes of morbidity and musculoskeletal system chapters.  I have to say that there were really no big earthshattering changes.  If there was a “theme” for this year’s changes, it would be “expansion of existing codes to more specific codes.”  The major changes will be discussed below.

The first big change involves expansion of the D57 Sickle-cell disorders.  These codes now identify if each type of sickle cell disease with crisis and if there is cerebrovascular involvement or other specified complications. Coders would code also the specific complication.  This applies to D57.0- HB-SS disease with crisis, D57.2- Sickle-cell/HB-C disease with crisis, D57.4- Sickle-cell thalassemia, divided out to identify beta ZERO with and without crisis and beta PLUS with and without crisis and of course “other” sickle-cell disorders.  For the latter Sickle-Cell codes, there are code additions for with “splenic sequestration” or “acute chest syndrome.”  Acute chest syndrome causes pain, cough, fever, hypoxia and lung infiltrates.  It is the result of sickling in the small blood vessels of the lungs causing pulmonary infarction or emboli and can cause bacteria pneumonia.

Splenic sequestration (blood trapped in the spleen) refers to a sudden condition of pooling of large amounts of blood in the spleen. Children with sickle cell disease between ages five months and two years represent most cases of splenic sequestration.  Treatment is blood volume expanders and blood transfusion to reverse hypovolemic shock. Coders will need to dig into documentation for physician identification of sickle-cell type and any manifestations in order to assign the correct codes.

Similar changes were made to other codes in the chapter:

New codes were added for alcohol abuse with withdrawal and various withdrawal symptoms  (F10.130-F10.139 and alcohol use with withdrawal and various withdrawal symptoms (F10.930-F10.939.) The same was done for codes involving opioid abuse, cannabis abuse and sedative, hypnotic or anxiolytic-related abuse.   Coders have seen these alcohol/drug “Use’ or “Abuse” diagnoses documented with withdrawal, but there was no way in the past to code these.  Clinically, it was originally thought that a withdrawal syndrome only developed in individuals with a diagnosis of substance dependence; however, substance withdrawal can occur in clinical situations involving individuals who use substances regularly and then suddenly stop using them, but who do not have a diagnosis of substance dependence.

A “Use additional code” note has been added under G20 Parkinson’s disease to let coders know to report dementia with or without behavioral disturbance (F02.81 or F02.80)

C71.2, Congenital myopathies have been expanded to G71.20-G71.29 so that specific types now have an individual code.

On major change is the addition of new cerebrospinal fluid leak codes. G96.0 has been expanded to the following:

Coders will need to review documentation for the specific site of the leak and if it is spontaneous, postoperative or traumatic of those sites. The index is very helpful in determining correct codes by site.

There are also expanded codes for G96.191, Perineural or Tarlov cyst an d G96.198, Other disorders of meninges.

A big change is the changing of the Excludes1 note for cardiogenic shock under I46, Cardiac arrest to an Excludes2 note. This means that cardiogenic shock can now be reported with cardiac arrest.  HIA is sending a case to AHA to see if both can be coded if both are related to the same issue.

All of the atherosclerosis codes in I70.2- of native arteries of the extremities now include “chronic limb-threatening ischemia and critical limb ischemia” within the codes. Coders may see the abbreviation of “CLTI.”

Many of the excludes notes where changed or added especially in regards to influenza virus with other respiratory manifestations. Code also, influenza notes were added to codes J04, Acute laryngitis and tracheitis and J05 Acute obstructive laryngitis [croup].  Many Excludes1 notes were changed to Excludes2 notes.   Coders need to read these notes in the tabular to be sure they are assigning codes involving influenza and other diagnoses appropriately.

Codes K20.8, Other esophagitis and K20.9, Esophagitis, unspecified have been expanded to identify these condition without bleeding or with bleeding. This aligns with how other diagnoses are depicted in this chapter.

K74.0, Hepatic fibrosis has been expanded to include hepatic fibrosis by stage.  Also a “Code first underlying liver disease” note applies to this subcategory.  These are the stages that now can be coded:

The Metavir system also scores the level of fibrosis from F0 to F3:

C3 glomerulonephritis (C3GN) is a recently described entity that shows a glomerulonephritis on light microscopy (LM), bright C3 staining and the absence of C1q, C4 and immunoglobulins (Ig) on immunofluorescence microscopy (IF), and mesangial and/or subendothelial electron dense deposits on electron microscopy (EM). The “C3” refers to a blood protein that plays a key role in normal immunity

(GFR is the glomerular filtration rate.)

The Excludes1 note at R51, Headache for facial pain, migraine and trigeminal neuralgia has been changed to an Excludes2 note.  Coders can now report both codes if appropriate.  Also R51 has been expanded to two new codes; R51.0, Headache with orthostatic component, NEC and R51.9, Headache, unspecified.

R74.0, Nonspecific elevation of transaminase and LDH has been expanded to R74.01, Elevation of levels of liver transaminase levels and R74.02, Elevation of levels of lactic acid dehydrogenase [LDH].   This is a welcome change in that elevations of different enzymes included in these codes can result in different  clinical treatment modalities and resource utilization. For example, an elevation in liver transaminases in a trauma patient could indicate the need for at CT scan looking for solid tissue injury; while an elevation in LDH could indicate a neoplastic condition.

The FY2021 Official Guidelines for Coding and Reporting made  change that was not clearly evident in the updated guidelines. This was not evident in Coordination and Maintenance Committee meeting materials or made clear on the FY2021 OCG document.  Below you will see that the lines for using the coma scale codes for “acute cerebrovascular disease or sequelae of cerebrovascular disease codes”  and “The coma scale may also be used to assess the status of the central nervous system for other non-trauma conditions, such as monitoring patients in the intensive care unit regardless of medical condition.”  have been removed for the Glasgow coma scale code guidelines regarding coma scale code assignment. This indicates that the Glasgow coma scale codes should be used in conjunction with traumatic brain injury codes only beginning with discharges October 1, 2020.   AHA has stated the change was made to revert back to the original intent of the GCS codes, in that they originally were meant to be used for TBI cases only.

The coma scale codes (R40.2-) can be used in conjunction with traumatic brain injury codes, acute cerebrovascular disease or sequelae of cerebrovascular disease codes. These codes are primarily for use by trauma registries, but they may be used in any setting where this information is collected. The coma scale may also be used to assess the status of the central nervous system for other non-trauma conditions, such as monitoring patients in the intensive care unit regardless of medical condition. The coma scale codes should be sequenced after the diagnosis code(s).

They added contact lens and other ophthalmic devices associated with adverse incident as new external cause codes Y77.11 and Y77.19

New Z codes were added for Encounter for observation for suspected foreign body ruled out. Individual codes now include those for ingested, aspirated, or inserted FB ruled out in codes Z03.821-Z03.823.

Official Guidelines for Coding and Reporting

There were not as many changes this year to official coding guidelines.  For B. General coding guidelines, 14. Documentation by clinicians other than the patient’s provider, the following statement was added:  “Patient self-reported documentation may also be used to assign codes for social determinants of health, as long as the patient self-reported information is signed-off by and incorporated into the health record by either a clinician or provider.”

All of the COVID-19 guidelines have been added to the OCG under section 1. Chapter 1: Certain Infectious and Parasitic Diseases (A00-B99), U07.1; g. Coronavirus infections (New).  These are primarily from the FAQs that we received from AHA throughout the pandemic.   COVID-19 updates were also added to the Obstetrics and Neonatal guidelines.

Non-insulin injectable medications mimic the effect of the body’s own ‘incretin hormones’ which help to manage blood glucose levels after meals.

For Chapter 9: Diseases of the Circulatory System, 3) Hypertensive Heart and Chronic Kidney Disease, the bolded words were added:  For patients with both acute renal failure and chronic kidney disease, “the acute renal failure should also be coded. Sequence according to the circumstances of the admission/encounter.”

There is a new guideline “e. Vaping-related disorders” in Chapter 10 for Diseases of the Respiratory System.

Finally, this was added to Chapter 21: Factors influencing health status in 6) Observation section:  “The observation codes are primarily to be used as a principal/first-listed diagnosis. An observation code may be assigned as a secondary diagnosis code when the patient is being observed for a condition that is ruled out and is unrelated to the principal/first-listed diagnosis (e.g., patient presents for treatment following injuries sustained in a motor vehicle accident and is also observed for suspected COVID-19 infection that is subsequently ruled out).”

In Part 2 of this series, we will look at some highlights of the new ICD-10-PCS codes and changes.