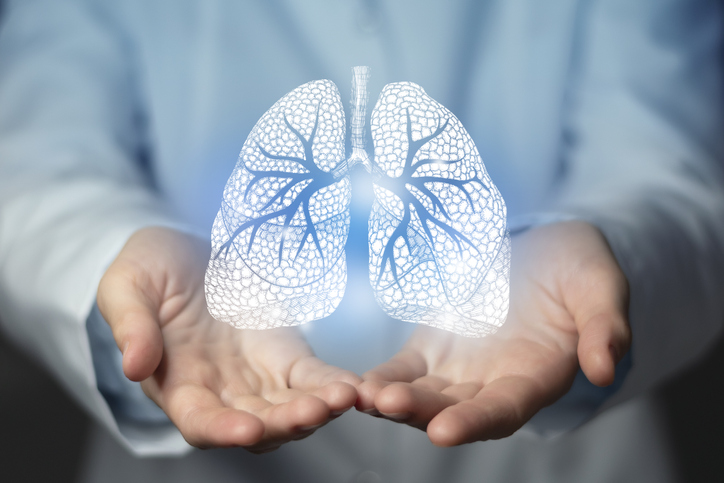 Below are some definitions for clarification:

Chronic Obstructive Pulmonary Disease (COPD) is a chronic inflammatory lung disease that causes obstructed flow of air from the lungs. The disease is progressive in nature and typically will worsen over time. The most common cause of COPD is smoking tobacco. COPD is increasingly being used to document lung disease. The coder must review the record for further specificity of the disease. Emphysema and chronic bronchitis are the two main conditions of COPD. COPD can also be further clarified to be with acute exacerbation.

Asthma is an inflammatory condition in which the airways narrow and swell and extra mucous is produced. There is no cure for asthma, but symptoms may be prevented by avoiding triggers and using prescribed medications. The cause of asthma is either environmental or genetic. If asthma is present before age 12, the cause is most likely from genetics. If asthma presents after age 12, the cause is more likely to be environmentally induced. Asthma can also be further clarified as to severity as well as status asthmaticus or acute exacerbation.

Status asthmaticus is described as asthma with acute symptoms that do not respond to standard treatment including the use of steroids and bronchodilators.

Exacerbation is a sudden worsening of a disease and typically last several days.

Multiple other Coding Clinics are available to help describe the disease and disease process of both asthma and COPD.

The information contained in this coding advice is valid at the time of posting. Viewers are encouraged to research subsequent official guidance in the areas associated with the topic as they can change rapidly